The Rising Gale explores our relationship with water, the Hutt River.

Te Awakairangi, it's streams, springs and aquifer - and its importance to our sense of place, health and wellbeing. This film was originally presented as a live screening/performance for the Hutt Valley Public Arts Festival Common Ground (2017), curated by Letting Space.

The video maps the aquifer and Te Awakairangi, Hutt River. Shot from a drone, the video surveys the water in real time, flying from Taita to Matiu Somes Island.

Murray Hewitt is known principally for his video work and has exhibitied extensively throughout New Zealand and as part of group exhibitions internationally. Hewitt works have contemplated consumer behaviour, remembered historic events, or mulled over current political one through the considered actions of a lone costumed figure, or repetitive stationary camera shots that encourage sustained deliberation from the viewer. 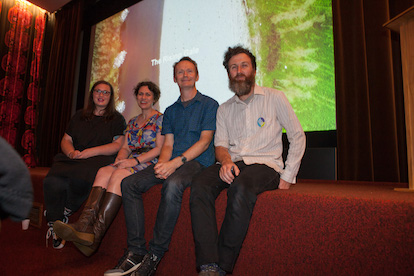